COVID-19 LOCKDOWN         Level 2a sees services back on stay-at-home Zoom because gatherings are limited to 10 people. See SERVICES page.

RE-ROOFING THE BACK OF THE CHURCH AND HALL – July 2020

WORSHIPPING TOGETHER        February saw our joint services with St Aidans Northcote begin. We worship at St Andrews on 1st and 2nd Sundays and at St Aidans on 3rd and 4th Sundays. When there is a 5th Sunday we will also have Zion Hill Methodist congregation joining us, with venues to be advised.

MINISTRY SETTLEMENT     A joint St Aidans/St Andrews Ministry Settlement Board is working so the two parishes can share ministry and maximise use of ministry strengths. Costs are already being shared and negotiations are under way to see how closely we can work together into the future, presenting Christ’s way to Northcote and Birkenhead/Birkdale.

SCAM WARNING     There are currently fake emails in the name of Ministers and Parishes asking for money for individuals with cancer or similar health issues or needs. Do not send any money. These are scams.

Archival items below the line 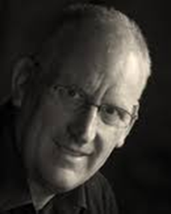 We have been saddened to learn of the death of former Moderator of PCANZ, The Very Reverend Andrew Norton, who died on September 9th 2019. Several from St Andrews attended his funeral at St Columba, Botany. Andrew was for some years the minister at Glenfield Presbyterian Church before moving to Botany. As his wife Sue told it: “Our mighty Totora has fallen into the arms of the Great I Am. Our beloved Andrew, a former Senior Minister of nearly 20 years and a recent Moderator of the PCANZ, passed away at Totara Hospice, early yesterday evening.
Andrew was insistent that though he endured a long and painful illness he would proclaim, love wins!
Many knew him as a preacher, priest, prophet, photographer and poet, who embraced life, faith, family, friends and work with keen perception and vigorous passion.”

At the Annual General Meeting of the congregation after the service on 25th August Yvonne Williams was thanked for her 15 years’ service as Treasurer. Gary Pash was also thanked – he has been our cleaner for years but now has a full-time job. Ketty Faa’e’e is taking over from Gary, Ian Bogue is now Treasurer and Yvonne will convene the Resource Committee.                                         Full AGM Reports 1_compressed

In July 2019 we sent Lisi Foulagi, Ngamata Ramea and Tangaroa off to Connect Youth Conference in Ohope with our blessing and a few goodies, winter woollies,and earplugs!

(Robyn and Ian Bogue photographed the Presbyterian Church Centre and Camp at Ohope Sunday 14 July, before attending a recital by the Choir of Christ’s College, Cambridge, at Whakatane Anglican/Methodist Church.)

General Assembly 2018 decided to refer the draft End Of Life Choice Bill (Euthenasia) to Parishes and Presbyteries for comment. You are invited to read it and email any response you wish to make to Rosemary. GA – 2018 – a matter for study – end of life bill – DCG

An inspirational service in a packed church was shared by many from St Aidans, Zion Hill Methodist and St Andrews on Sunday 31st March 2019, based on the love and forgiveness in Jesus’ parable of the prodigal son in Luke 15. The Samoan Ekelesia’s intergenerational singing was amazing, as was new Zion Hill Minister Rev Robyn Allen-Gouge’s song and harp playing. Rev Colin Gordon  and Rev Matt Chapman presented “My letter to the boy who ran”. (See SERMONS page) An enormous morning tea and lots of catch-up talk followed in the hall after the service.

New back steps at St Andrews

The Resource Committee was concerned that parts of the wooden steps to the Mariposa Crescent footpath were no longer safe. Clive McMillan of Mokoia Developments (who did restoration work in the church, some with no labour charge) was commissioned to replace them and made a superb job. Thanks to Clive and also to Greg Skudder, who has painted them in his retirement spare time.

Tony, love of her life for over 60 years, had been ill for some time and Anne and their many friends paid tribute to this larger-than-life, fun-loving husband, father, grandfather and friend.

Annes’ story of their initial telephone meeting and love at first sight began her moving account of their life together, the growth of their family, the place of dance, music and fun in their lives together and Tony’s contribution to Association Football here and in Vanuatu. Grandchildren spoke and read a poem. Lifelong friend Tom McMillan spoke, and Malcolm McLeod conducted the memorial occasion. A superb slideshow illustrated the dancing, music and fancy dress of so many happy events.

Over 70 from St Aidans, St Andrews and St Lukes worshipped together on 30 December 2018

Gerald Sharrock of St Aidans led a very happy and thought-provoking service and talked about some of the Cs which shaped our thinking and traditions about Christmas, the birth of Jesus. These included the Council of Nicea, Constantine, the Concordat of Worms, Calvin, Dickens’ Christmas Carol, Queen Victoria’s Consort Prince Albert, Bing Crosby and Commercialism. Everyone enjoyed the singing of carols and hymns and the chance to talk with old friends, while so many other friends were away on holiday.

Thanks to those who were able to come to the meeting of the three churches on a recent Sunday afternoon where we decided to establish a “working group” with three members to be chosen from each church. It will be good to get further “intentional” discussion going by the end of November.
.
Blessings.    Rosemary Bold

The 5 faces of mission today

Our Church nationally has adopted Five Faces of Mission. These are:

St Andrews Elders met for dinner and discussion on a recent Sunday evening. Colin led the discussion as we reviewed progress with our 5-year Strategic Plan and thought about what works well and what else can be added to our parish life over the next little while. Thoughts and suggestions were written on big sheets for display on noticeboards and in the hall.

The Annual General Meeting of the congregation was sandwiched between morning tea and lunch after the service. Colin ensured that everyone could see and hear one another, all reports were received and financial statements were adopted. The budget for the year to 30 June 2019 was adopted after brief discussion. The many good things we are doing were shared, as were ideas of how we might extend our mission to the community. David Hansen brought greetings from our friends at St Aidans Northcote.

Grace died recently and her funeral was held on Thursday 16 August 2018 at St Andrews.  Grace was a very active member of St Philips and St Andrews and led Girls’ Brigade at St Philips for many years, as well as participating actively in many church activities. She served several terms on the Session. Her gentle nature belied her firmness when addressing situations and issues.

Pauline Fish gave a lovely tribute on our behalf, one which was not only heart-felt but based on her personal friendship with Grace. The family were very appreciative of all the visitors Grace continued to have over these last few years, particularly when she was not able to get to church. They were so grateful the church was made available and really appreciated everyone’s contribution to saying ‘farewell’. Our love goes out to Linda and Murray and their families.

The time is passing very quickly here, and things are all going smoothly.  I was expecting to go out with one of my colleagues today but he postponed our outing for family reasons. So today I did some walking up the main hill in Santiago known as San Cristobal.

The zoo is on the lower slopes and there is a large statue of Mary at the top. I took the train to Pedro  de Valdivia station (where we were the last time you visited us Alison) and walked from there to the top.  The hill is a national park with a well built sealed road to the top, and there are a network of walking tracks all over it. It is usually full of cyclists on Sundays

However, today there was a cycling event of some sort which had finished by the time I  arrived.  The whole place was still crowded with cyclists, walkers and runners. One of the attached photos shows cyclists doing exercises, I’m not sure if they were warming up or cooling off after the event.
When we first came here there were Gondolas operating but the whole system was in need of upgrading and they were closed down for many years.

However they were back operating again as one of the photos shows. I had lunch at the top then went down on the funicular and traveled home on the Metro by a slightly long route. A new line (No 6) has opened since we were last here so I tried it out. It is all very new and the stations all have complete barriers like the systems in Singapore and Dubai, and the trains are automatic (ie driverless).
I went to the end of the new line and got out and went for a short walk before returning home. It just happens that there is a new aircraft museum not far from the station so I had a look around it.  It is very large and well presented. I’ll attach just the one photo, but will send some more to you Richard to examine.

It seems their collection is very different to ours in NZ and probably those in England and countries involved in the two World Wars.  There was no sign of Spitfires, Lancasters, Mosquitos etc. One part of it was dedicated to the Ides or dreams people had of flying over the centuries before real aircraft were invented and it was well done.
The new line actually intersects with Line 2, (the line closest to our apartment}, so I changed trains there. The interchange station is just three stops from Toesca station, the one we use.
That’s about the lot for now
Love to all  – Laurie

[Webmaster and Robyn know that hill – but we went up by bus. An ambitious walk for Laurie.]

Gary Bold, husband, father, grandfather, physicist and teacher, radio ham, tramper and mountaineer, Christian, elder …. the list goes on. Gary died on Tuesday 3rd July 2018 after a short illness, and a Family Service for Gary’s family and the congregation was held on Friday evening 6th July. Members remembered Gary’s dramatic presentation of readings, prayers, sermons and children’s talks over the 40+ years he and Rosemary had been at St Andrews. They spoke of his musical contribution – the trumpet in the music group, the Happy Birthdays and frequent other piano playing at worship, the way in which someone who could not read music could contribute so much. Some remembered that Gary was an encourager who lived his faith. Our love and prayers are with Rosemary, Geoff, Michael, Anna, the grandchildren and wider family as they go forward in life without him.

At the funeral on Saturday, the church was packed and a relay enabled many in the hall to share in a celebration of Gary’s life. University of Auckland colleagues explained how an eccentric PhD student of Physics in the late 1950s became the recipient in 2004 of the first Prime Minister’s Award for Best Tertiary Teacher in New Zealand.

Radio hams told how he wrote an excellent and popular column in their magazine for many years. Pauline Fish spoke of the huge contribution Gary had made to our church. Anna and Geoff talked about their father, the poetry he taught them and the family holidays they had had at Whangapoua. Geoff explained that the plain, rough-sawn, wooden coffin he, Michael and Anna had chosen was just like something Gary would have made.

The Webmaster is dead.